Molecular Geometry Made Easy brought to you by Ketzbook Welcome back and thanks to all my subscribers and patrons out there for making this video possible. This video is sponsored by Genius Lab Gear, the creator of “The Pocket Chemist.” In this video we are going to learn how to determine the shape of a molecule, what the bond angles are in different molecules, and the VSEPR theory to understand why molecules have different shapes and different bond angles. However, we will not look at molecules with an “expanded octet” or coordination complexes. I will cover those in subsequent videos.

But first, I would like to ask a fascinating question. Why are you able to hold something in your hand? Why doesn’t it just fall through your hand? Remember that atoms are mostly empty space, and by “mostly” I mean that an atom is more than 99.99999999999% empty space.

It is highly unlikely that the protons, neutrons, or electrons of the atoms in different objects will actually touch. So if they aren’t touching, what gives an object its sense of boundaries? Electron-Electron Repulsion.

When an atom approaches another atom, the negatively-charged electrons of the two atoms repel each other. So, the size and boundaries of an atom are determined by electrons repelling each other.

Each bond has two electrons, so we have used up four electrons so far, which means we have 14 electrons remaining for lone pairs. 2, 4, 6, 8, 10, 12, and 14. Notice that the sulfur only has 6 valence electrons around it, so we should use two of oxygen’s electrons to form a bond between it and sulfur.

The resulting Lewis diagram is complete with each atom having 8 valence electrons. After you draw the Lewis diagram, you need to count the number of “things” on the central atom.

By “things” I mean bonded atoms or lone pairs. Technically speaking, these are called “electron domains.” The double bonded oxygen is a thing, as is the single-bonded oxygen and, the lone pair on the sulfur. Remember that only lone pairs on the central atom count. So, there are 3 electron domains, or things on sulfur dioxide that determine its shape.

Those 3 things will repel each other and get as far apart as possible. That repulsion with the lone pair of electrons will cause the two oxygens to bend down, so the resulting shape of SO2 is called BENT. Since there are three things attached to the central atom, we would expect the bond angle to be 360 divided by 3 or 120°. In fact, the real bond angle is slightly less than that; it is 119° because lone pairs occupy more space close to the central atom, while electrons in bonds are stretched out between the two bonding atoms. Okay, now let’s try to apply these principles to determine the shape of several other molecules.

Let’s start with carbon dioxide. You may wish to pause the video now and try to draw the Lewis diagram and determine the shape of carbon dioxide on your own. For the Lewis diagram, carbon is in the middle, and it forms double bonds to each oxygen, which both have two lone pairs. Next, we need to count the number of things on the central atom. In this case, there are only two things on carbon.

Although there are lone pairs in the molecule, the lone pairs on oxygen do not affect the shape because they are not on the central atom. Since there are only two things, you can see in our drawing that those two things are already as far apart as possible. Because the three atoms are all in a line, we say that the shape of CO2 is linear, and the bond angle is a linear 180°.

So, the only possible shape for two atoms is linear. N2 is linear, and all two atom molecules are linear. Next, let’s look at some 4 atom molecules, like boron trihydride.

When drawing the Lewis diagram of BH3, boron is in the middle, and it makes 3 single bonds to the 3 hydrogen atoms. Remember that because boron starts with only 3 valence electrons, and each hydrogen starts with 1 valence electron, there are no more electrons remaining for lone pairs, leaving boron without an octet. Boron has three things around it, and each of those things will repel each other to get as far away from each other as possible. That repulsion will lead to a symmetrical structure with all the bond angles being equal. That is, all the bond angles are 120°, and the molecule is perfectly flat without any puckering.

Because the molecule looks like a flat triangle, the name of its shape is trigonal planar.

Let’s try another 4 atom molecule, CH2O, that is, formaldehyde. Because carbon prefers to make 4 bonds, we put carbon in the center. Each hydrogen only forms one bond, and oxygen prefers to form 2 bonds. That leaves 4 electrons for lone pairs, which both go on the oxygen to give every atom an octet or duet.

There are 3 things on the central atom, and those three things repel each other. Once again, we can see that the molecule looks like a flat triangle, so the shape is trigonal planar. However, the bond angles are not exactly 120°. The H–C=O bond angles are both 122°; they are a little bit bigger than 120 because double bonds occupy more space than single bonds. The H–C–H bond is consequently only 116°.

But, the shape is still the same. Next, let’s check out a 5 atom molecule, like CH4, that is, methane. Carbon is in the middle with 4 single bonds to hydrogens, and there are no lone pairs. Now there are 4 things on the central atom, and each of those things will repel each other to be as far apart as possible.

5° It can be difficult to visualize this shape, so I recommend that you build methane and similar molecules yourself with a physical molecular model or an application like MolView. 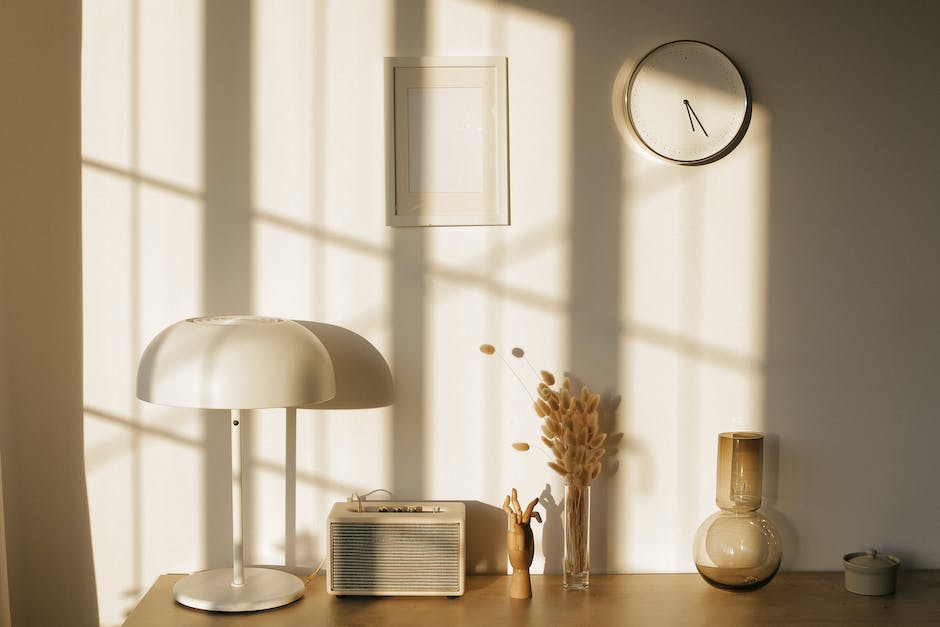 Next, let’s try NH3, which is called ammonia. Unlike BH3, which we said was trigonal planar, NH3 has a lone pair of electrons on the central atom. In some ways, ammonia is similar to methane because it also has 4 things attached to a central atom. In general, molecules that have the same number of things on the central atom are said to have the same electron-domain geometry and tend to have similar bond angles. However, the actual shape of these molecules will differ because lone pairs of electrons occupy space but are not observed as part of the shape.

We can represent this 3-dimensional shape the same way we did methane, only this time we put the lone pair on top. Here is a ball and stick model of ammonia. Its shape is called trigonal pyramidal because it essentially looks like a pyramid with a triangular base.

The actual bond angle of ammonia is 106.7° Okay, we have already looked at the five basic shapes of molecules along with an example for each one and the guiding principle of electron-electron repulsion.

Let’s take some time to summarize all of this before we go through one last example molecule. Previously we said that 2 atom molecules like N2 are always linear. If a molecule has 3 atoms, there are two possible shapes. If there are no lone pairs of electrons on the central atom, the shape is linear, like CO2; but if there are lone pair(s), the shape is bent, like SO2. For 4 atom molecules, the shape also depends on whether or not there is a lone pair of electrons on the central atom.

Lastly, 5 atom molecules are typically tetrahedral, like methane. Although there are some exceptions, those exceptions are non-octet molecules, which I will discuss in a different video. Another way to summarize these shapes is by counting the number of things attached to the central atom.

Now, it’s time for you to try a sample problem. What is the shape of H2O, and what is the approximate bond angle?

Pause the video, and try to figure it out yourself. The first thing that you should have done is draw the Lewis diagram. Oxygen is in the middle, and there are two single bonds to the hydrogens. This leaves 4 valence electrons, which we put as lone pairs on oxygen, giving it an octet. This structure has 2 bonded atoms and 2 lone pairs attached to the central atom, for a total of four things that all repel each other.

Just like in methane, these things will move as far apart as possible in 3-dimensional space. The hydrogens can move away from you and the lone pairs can move toward you, and the bond angle will be greater than 90°. In fact, because there are four things on oxygen, the bond angle should be about 109.5°.

Any 3-atom molecule is either linear or bent, and water is bent because of the two lone pairs.

We can redraw water in a way that emphasizes its bent shape. As for the bond angle, we know that it should be less than 109.5 because lone pairs take up more space close to the central atom than single bonds. Because there are two lone pairs, we expect the bond angle to be even smaller than in ammonia, which was 106.7.

These predictions are correct, and the actual bond angle in water is 104.5°. One last thing I’d like to do is give a shout out to a few of my listeners. d a wrote, “can we talk about how perfect his hand writing is?” I actually get that a lot.

Thanks for noticing! And you know what…I have a secret.

..I didn’t draw it myself, a computer did. So, would you like to draw chemicals this neat too? There is a new little tool called the Pocket Chemist made by Genius Lab Gear.

It’s great for drawing organic molecules like benzene, cyclohexane, or just about anything. Your structure will look perfect. There’s also a ruler, a straight edge, a protractor for measuring and drawing bond angles, and more.

The back has a Periodic Table and a bunch of useful conversion factors and equations. The Pocket Chemist is the size of a credit card, and it is made out of enamel coated stainless steel.